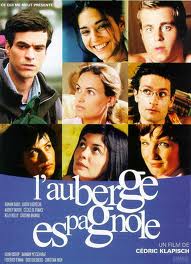 It is often said in Brussels that the three elements that make the essence of European citizenship are: the freedom of movement between countries, the single currency and the Erasmus program. Erasmus grants mobilized in its first 20 years of history (the program started in 1986-87) to 1.7 million young Europeans and the figure is expected to reach three million by 2012.

"Even the students spread the word every year. They appreciated the services that helped them find housing, language schools, places to eat and to practice some sport, "said Guadalupe Soriano, Director of the International Relocation of the University of Granada.

Problems with language during Erasmus

The integration of language is not so easy in other major capitals of the European Erasmus, like Barcelona for instance (with more than 3,000 students hosted), where many students don't know that Spanish language is not a language spoken in education, not even commonly used.

Paradoxically, the same film that portrays the confusion, Pot luck (L'Auberge Espagnole, 2002), helped popularize Barcelona as a destination, according to educational sources.