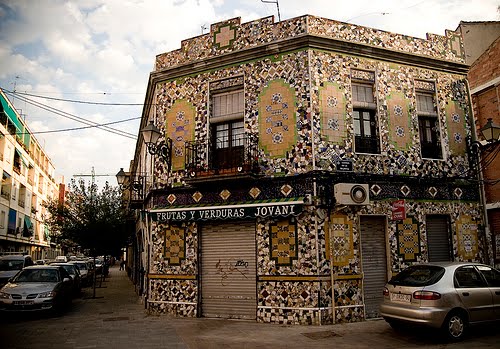 The district of Benimaclet also is a district with a young and student character. Located on the north of the campus of Blasco Ibañez, it is in a quite convenient location to get the faculties, it's served by bus and metro and it offers lower rents than in Blasco Ibañez.

It has been an indipendent municipality until 1878, when it was annexed by the city: for this reason, Benimaclet still preserves the aspect and the identity of a village, with its alleys and its small and typical valencian houses.


Nowadays, Benimaclet can be considered as a district that is rapidly growing, animated by a lot of cultural initiatives and by its "alternative" ambient. The project Benimaclet Entra, for example, brings together several bars and cafes in the organization of concerts, movies ands shortfilms, photography, theater and culinary events. It is worth to dedicate at this district at least some evenings!