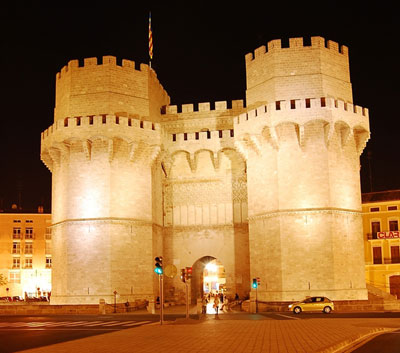 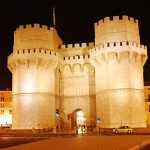 The Torres de Quart and the Torres de Serranos are two of the ancient 12 gates to the city, the only two gates still in good conditions attesting the old walls which was been circling the whole Valencia. Builded between the XIV and the XV century, the principal function of this towers was, obviously, defend the town, but sometimes they were used to celebrate special events or to receive ambassadors or Kings.

The Towers are now considered one of the symbol of the city and are a popular meeting point for the valencian people; they meet each other under the gates before starting the "movida".


It's possible visiting both gates for free. Especially from Torres de Serranos, you will enjoy a wonderful view of all historical centre of Valencia.