The night of Saint John

If you are in Valencia on the night of June 23rd, you can't miss the St. Jean festival. People are just waiting the dawn of June 24 on all beaches of Spain. Unfortunately for you, if June 24th is a holiday in many Spanish cities, it is not the case in Valencia. So you will have to show your sleepy face the next day.

The festival coincides with the summer solstice and celebrates the shortest night of the year with huge bonfires on beaches in Valencia. People eat, drink, sing and dance around the fire, listening to guitars. And of course, there will be fireworks. The Spanish love them! Approaching midnight, the beach gets more and more crowded, because according to the tradition, you should jump 9 times over the waves and make three wishes. If you are brave enough, you can even take a midnight bath.


The purpose of this rite in its origins was "to give more strength" to the sun, awaiting the return of longer days. The fire has a symbolic function of "purification" for those who are contemplating . On this occasion, we plant new pines and poplars. Thyme is blessed and burned like straw. You will also hear traditional songs of San Juan, folk songs telling about love.

The Saturday before St. John until the following Saturday, all falleros, ie the festival committee of each neighborhood organizes concerts and parties. Some make a fire to burn old clothes in the streets of the neighborhood. To finance the festivities of the night, they sell sandwiches and drinks to those who want to have diner in the street.

THE Festival of Alicante

If you've never been in this coastal city, choose one of the home rentals in Denia and enjoy this night and the atmosphere of the beach of Las Marinas.

Rituals of the Saint-Jean 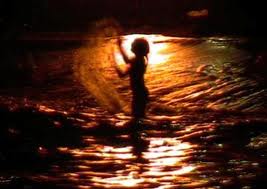 Are you superstitious? It is said that the night of Saint John, which coincides with the summer solstice, nature is generous and wish-fulfilling. On the coast, a custom is to jump in the waves 9 times thinking about what you want, another is to write a wish on paper and throw it into the fire without anyone knowing what you wrote . It is also said that we must take the time to burn something that is a bad memory, to forget about the bad memories.